I woke up bright and early to get to Trout Brook Bark before 8AM. When I arrived, Dave had already set up the tent. We spent the morning with a Trout Brook Trail Stewart named Lisa Brodley talking about park usage and the issues of abuse as we greeted incoming visitors as they entered. 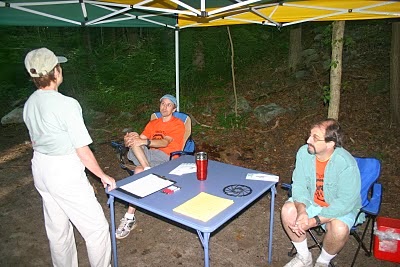 Considering the weather was sunny and beautiful, there were very few visitors. But it was a productive time as we received some really interesting and passionate feedback from the bikers' standpoint as well as heard the local Trail Stewart's take on things.

We were there as trail advocates and there was a lot at stake. The Land Trust was threatening to close the park to ALL mountain bikers due to some abusive rogue riders hassling the Trail Stewards and riding illegally despite being told not to.

Although, at the end of the day, the air was still murky with a undetermined resolution; we did mellow the anti-biker vibe a lot and were asked to return to help fix up a couple of small spots here and there.

At the end of the meet and great session, I got on my bike and rode the loop Dave recommended. Even going a little further to the northern end (Jump Hill). Primarily XC riding thru woods on mostly double track (fire roads) it didn't seem to have that same scenic charm that keeps me in love with Trumbull. No riverside trails and although the trail circling back on the ridge was great (challenging twisty turvy singletrack over rock and roots, etc.) it didn't seems as interesting as the other spots I usually frequent (Mianus, Wilton Woods, Trumbull, etc.)

I had stupidly put my Trail Ambassador shirt over a cotton shirt in the morning and forgot to only ride with the thin jersey. I was boiling half way thru my ride and the cotton shirt was completely soaked with sweat DUH!! Maybe that detracted from my perceptions -- who knows!!

Parklng lot entrance where the CTNEMBA tent was set up
Not sure but I think here was where a massive hill was (on the main double track
Heading back, this was great singletrack high up on a ridge
Again, not sure which way I went here. It was a long brakeneck speed bomb (great fun)
Missed this little parallel singletrack alternative on the way in but saw it on the way out and jumped over to it 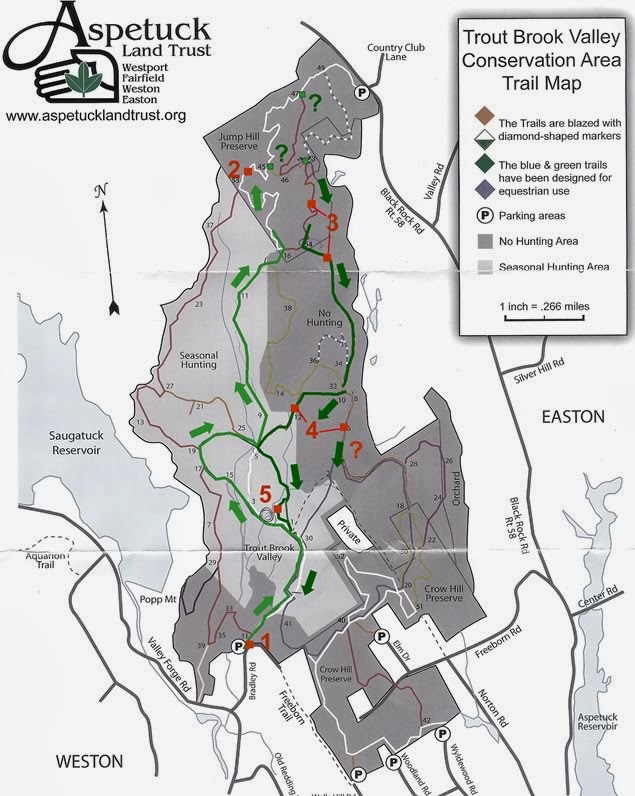