I went upstate to spend time with Mom and Dad for Thanksgiving. Uncle Ted was there as well.

Since turkey time wouldn't happen until 3 pm, I scooted out for a nice ride over in Malta. The weather was a bit chilly and I over-dressed as usual. After riding for ten minutes or so, the balaclava and extra layers were overkill. Of course it got warmer as well!

Armed with a mobile version of a map of the park, I felt comfortable to go exploring, knowing I could pull out my iPhone when needed to re-orient myself.

The first loop down into the ravine was nice, there were tight turns here and there to keep it interesting. Sadly the ride back up and around was too much for me (it was REALLY steep), so I walked it.

The loop off the the left was smooth sailing -- easy flat terrain and great trail flow. 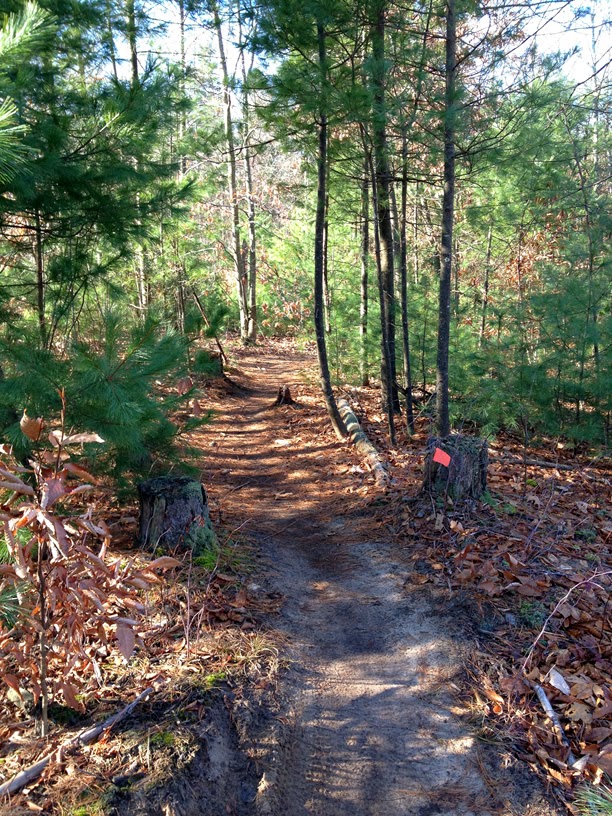 I had to stop and strip down a bit as the weather was getting nice and sunny and I was sweating like a pig!

Regretably, once again I bombed down the second loop off to the right. It really feels like the main trail and the speedy descent is nice but the climb back up is a little tough if you are not prepared for it (and in my case: OUT OF SHAPE!). 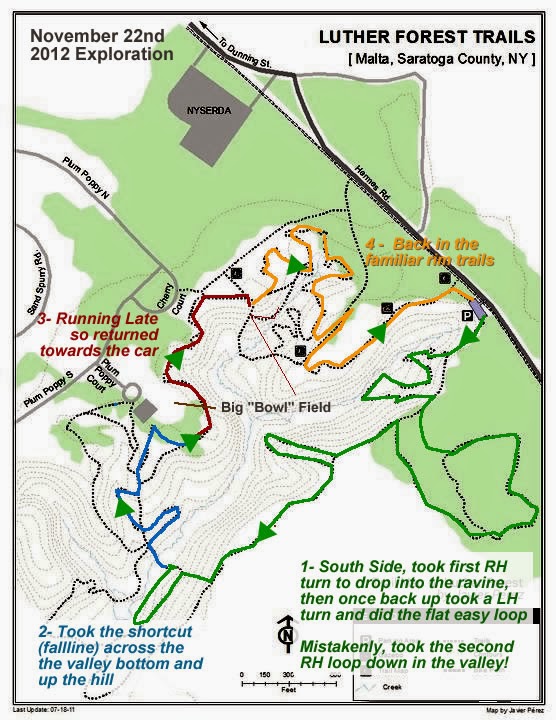 Once back up on the main trail, I decided to take the shortcut down to the stream (this stretch is a bit of an eroded fall line) and discovered a fun easy loop that winds back around before crossing the foot bridge. I stopped and shot a photo on the bridge of the stream. It's awfully puny to have caused such a large ravine! :-) 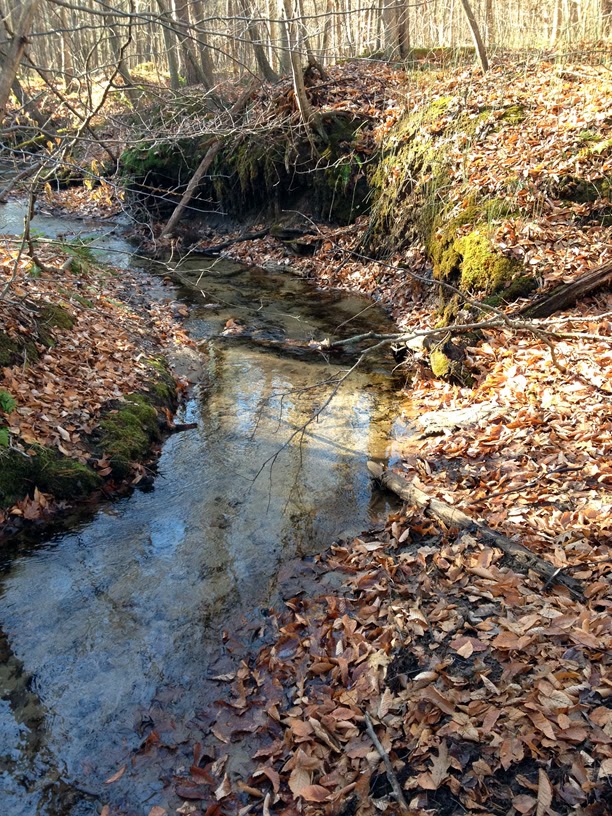 After I was across, I remembered the nice contoured climb I did last time -- and although I was huffing and puffing -- I made it!

Realizing it was getting a bit late (I had promised to got to the store with Dad before the meal), at the top of the hill, I remembered the quick way out and (1) looped thru the bowl, (2) followed the windy gully edges and (3) swooped on out to the parking lot.
Posted by Rich Coffey at 12:40 PM No comments: