I went back up to Laurel Reservoir late in the day to check on how low the water was. It wasn't the best time to take photos as the sun was in my face but the water was extremely low and even more ruins were exposed than last time. (Oct 30th Visit > )

Posted by Rich Coffey at 2:28 PM No comments:

Hard to tell from these photos but I raked the trails at Woodway. The woods were looking beautiful in the autumn light... 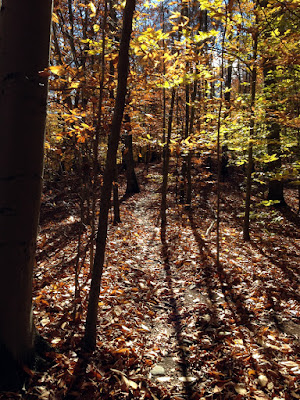 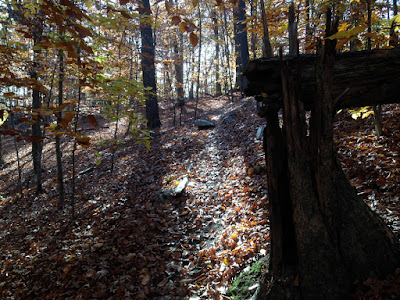 Email ThisBlogThis!Share to TwitterShare to FacebookShare to Pinterest
Labels: Woodway

Today was a productive and pleasurable day at Trumbull. In the morning, an FCNEMBA trail maintenance session totally revitalized the connector trail at the North Bridge. In the afternoon I mountain biked and the weather turned nice and sunny and warm... ah the good life!

The heavily trafficked connector trail between the North Bridge and the White Trail has been problematic mainly because the bottom part of the trail washes out every once and a while. It was actually in the path of where runoff from the streamlet to the north cascades to.

Three times is the charm!


The streamlet was deepened and widened, a embankment was built up the prevent overflow and the trail itself underwent major surgery with rock armoring, choke stones and serious grooming.

As important - it was a blast to bomb on the bike both ways when I returned for my afternoon ride! 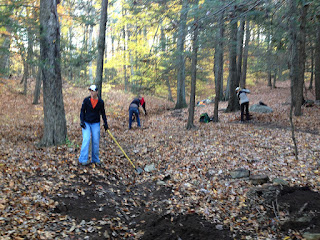 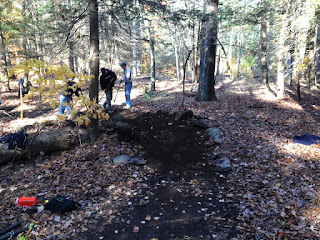 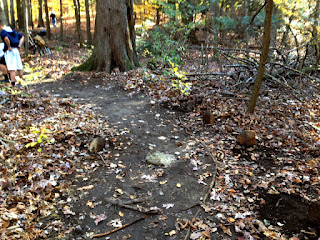 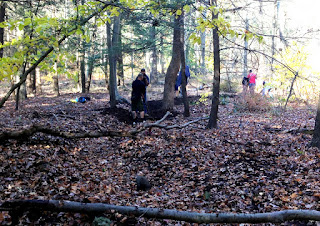 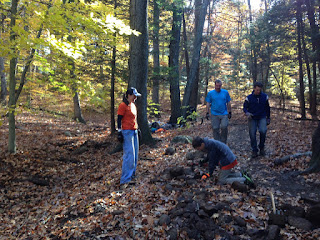 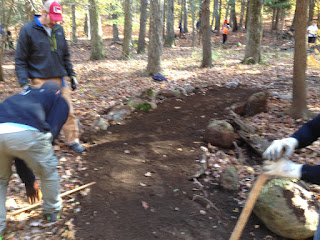 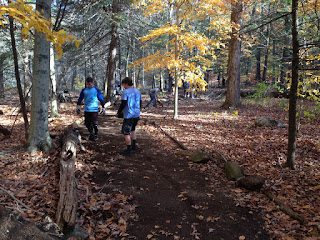 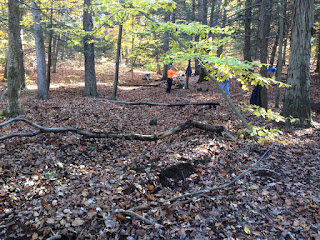 I headed back out after lunch and rode a good portion of the park. The abutments for the old bridge looked very crisp in the Autumn light. 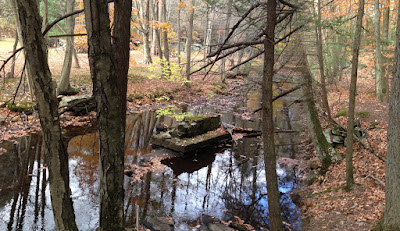 I also revisited the waterworks I discovered last December (previous post) and... 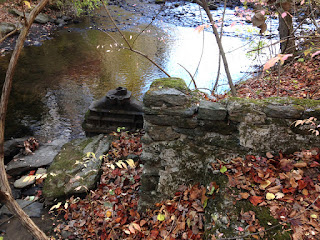 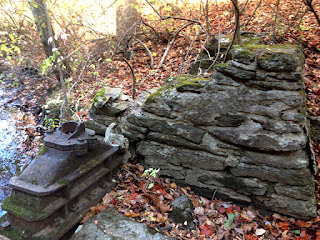 ...later on, spent a few quiet moments at this perfect resting place, just a tiny bit south of Turtle Rock. 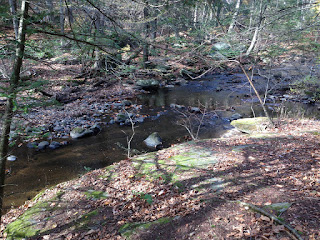 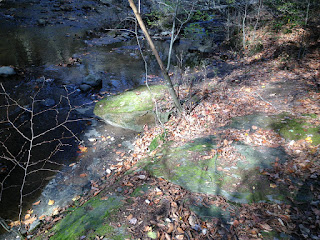 Its a great area and the moss on the granite outcroppings was beautiful... 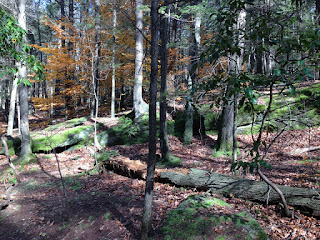 Posted by Rich Coffey at 4:54 PM No comments: